The Association EAM is a non-profit organization made up of electrical contractors, wholesalers, distributors, manufacturers, agents and consultants. The EAM provides a variety of services to its members, including group insurance, up-to-date industry information, networking opportunities, representation to governments, educational and training programs to help member companies and there employees to be current with industry requirements and trends.

View our Executive Committee and Board of Directors 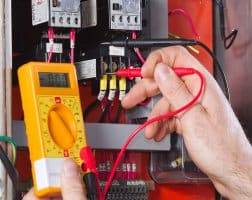 “To unite, represent and lead the Electrical Contracting Industry in Manitoba.”